Razer is known for their top end peripherals and more notably their mice. The Razer DeathAdder is Razer’s top-selling product but with the other mice options they have available is it really the best?

In this Razer Mamba Elite vs DeathAdder Elite review, I am going to answer all your questions to highlight what the differences are and which one is best for you. 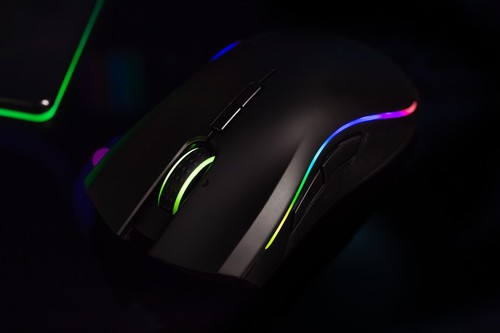 Renowned for its comfort, ergonomics and top sensor, the Deathadder Elite is our top pick. Read on to find out why.
Check Prices
Winner

You may also be considering the Razer DeathAdder Chroma or Razer Mamba Tournament Edition. Please see the FAQ section at the end of the article for explanations on these two and why you shouldn’t pick either over the DeathAdder Elite or Mamba Elite.

The specifications are important towards helping you decide which mouse might fit your hand size and grip style better.  The most important parts of choosing a mouse are the sensor, shape, weight and buttons. Let us break each of these down so you know exactly what you are getting.

Both mice are very evenly matched when it comes to specifications with each using Razer’s 3389 sensor. A top-end sensor that will provide precision tracking and zero pixel skipping or jittering.

Razer state that the sensor has a resolution accuracy of 99.4%. I doubt how this is calculated but it doesn’t matter because the sensor is solid and definitely comparable to the PMW3366 and PMW3360.

If you are aware of the tilt-slamming issue that older optics experienced such as the Avago 3310 then Razer’s 3389 fixes this meaning there is no spin-outs with fast successive swipes.

So for the sensor, there isn’t anything between these two but the next section is where the main differences lie.

The Razer Mamba Elite looks strikingly similar to the Deathadder Elite and when set side by side this is noticeable apart from a few subtle changes Razer have applied.

The sides and thumb grooves are not nearly as defined on the Razer Mamba. If you look at the DeathAdder you will see that the curves are steep and much more prominent. This comes down to personal preference really but it feels as though the Razer Mamba is geared slightly more towards larger hands.

The side grips are also different featuring a more rigid texture which looks and feels great but may catch dirt really easily over time. The Mamba Elite ’s primary mouse 1 and mouse 2 grooves are more subtle which is a pleasant change over the DeathAdder Elite’s more exaggerated slopes.

As for the main hump of each mouse, the Mamba Elite’s is much more in the middle of the shell compared to the DeathAdder Elite. This is a welcome addition as it provides much better support for palm and claw grip players.

Let us compare the dimensions of each to get a feel for their differences.

As you can see the Mamba Elite is longer and wider than the DeathAdder Elite which comes back to my point on the Mamba being suited more towards larger hands and palm grip or claw grip players.

Due to its extra size, it is also heavier which is worth considering if you prefer lighter mice.

The Mamba and DeathAdder both share the same features in terms of buttons. The primary mouse 1 and mouse 2 are both said to withstand up to 50 million clicks. Razer has co-developed them with Omron.

There isn’t much difference between the two when it comes to the primary clicks they are both tactile and light.

As for the side buttons, the Mamba Elite’s have a shorter travel time compared the DeathAdder. However, some copies are said to have a slight ‘buzz’ to the buttons, particularly when playing with sweaty hands.

This happens when your fingers stick the side buttons, causing the spring mechanism behind to buzz.

The scroll wheels are similar except the Mamba Elite has horizontal clicks where you can push the scroll wheel left and right. These can be programmed to any function you like through the Razer software. If you own a G903 then you will be used to this feature.

On the top of each mouse are the DPI buttons which allow you to incrementally change the DPI on the mouse up to 16,000 DPI in 50 increments. Some say they find the DPI buttons can be easily pressed on the Mamba so this is worth considering if you have larger hands.

As for RGB lighting the Razer Mamba outshines (literally) the DeathAdder with customisable RGB lighting strips which can sync up to the other RGB systems you have on your rig.

The cable on both mice is made up of a thick braided material. It isn’t very flexible if you compare it to Logitech or Zowie mice. It may struggle to fit in some mice bungee’s such as the Zowie Camade unless you force it.

These are two very similar mice so it is difficult to decide between the two. Overall the DeathAdder Elite has the more popular shape, however, overall I prefer the Razer Mamba. The Mamba has less defined curves which is something I didn’t like about the DeathAdder.

If you have larger hands, anything above 19.5cm then I would recommend the Mamba Elite, particularly if you are a palm grip player.

Overall I would pick the DeathAdder Elite as it applies to more people thanks to its shape and specification wise they are both very comparable. 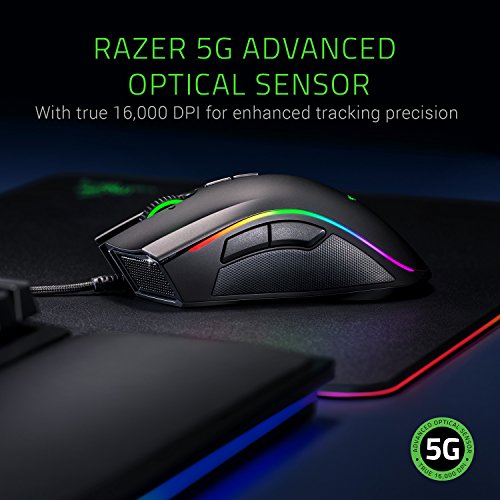 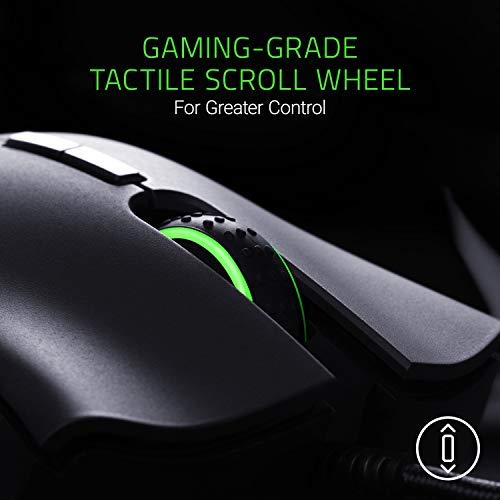 Razer Mamba Elite vs Razer Mamba Tournament Edition what is the difference?

The Razer Mamba Tournament Edition had a lot of issues with the sensor. It suffered badly from the tilt-slam issue where your mice would spin out if you quickly spin your mouse.

The sensor was a laser sensor and not an optical sensor so obviously it wasn’t as performant. A lot of users found the sensor to be a lot less responsive.

The Razer Mamba Elite is an improved, more up to date version so you should pick the Elite over the tournament edition.

A similar story with the Razer Mamba Wireless. The sensor had lots of issues with many users reporting it was freezing entirely. The wireless version also doesn’t have the scroll wheel horizontal clicks or the nice RGB lighting.

Razer Mamba Elite vs Razer Chroma which is better?

For a more detailed guide, you can check out my comparison review of the DeathAdder and Chroma.