Choosing a gaming mouse can be difficult especially with the range of new ones popping up every few months. The G Pro Wireless and Model O are two of the very best mice you can get right now so are regularly pitted against one another as to which is best.

In this G Pro Wireless vs Model O showdown, I am going to walk you through all the differences between the two and by the end, you will know exactly which one suits your needs.  Where necessary I will also talk about the Model O- which may also be a better fit for you.

Read on to help understand the verdict in more detail.

Its a top 3 mouse but its price holds it back. If budget isn't a problem and you want a wireless mouse pick the G Pro Wireless.
Check Prices
Best overall

You can't beat it on value. If you are on a budget and don't care for wireless, pick the Model O, it is a no brainer.
Check Prices
Best Value

Below is a table that shows you the dimensions and features each mouse has to offer. This will be important towards picking which one is best for you. Let us talk about these in more detail together. 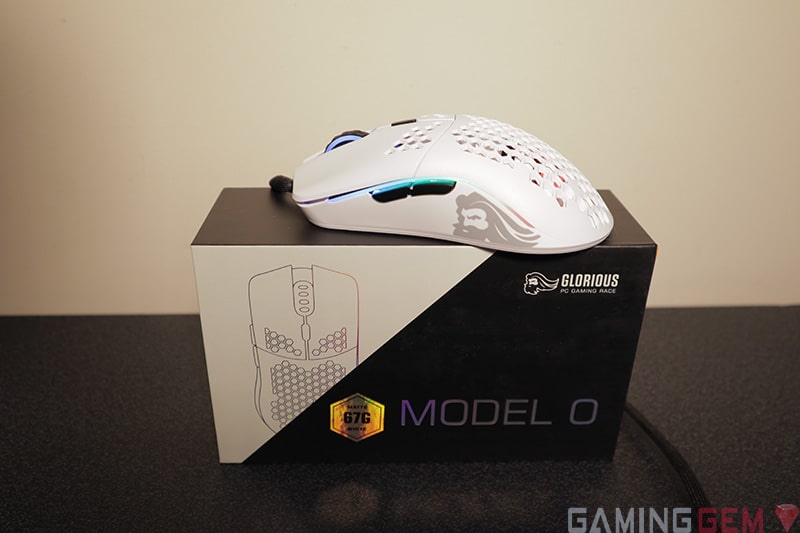 There are a few things you need to think about before picking between these two mice. First of all, what is your grip type? Are you a claw grip, fingertip or palm grip player? If you don’t know which then check out my simple explanation here.

The G Pro Wireless lends itself to any grip type whereas the Model O is more so for claw or fingertip. If you palm grip be aware the G Pro wireless is quite small so you need to have small to medium-sized hands (17 – 18.5cm in length).

The Model O- is especially good for fingertip players thanks to extremely small shell. However, some people prefer larger mice in which case the Model O would be better. In the end, it is all personal preference.

Let us take a look at the specifications in a bit more detail.

Which Has The Best Sensor? 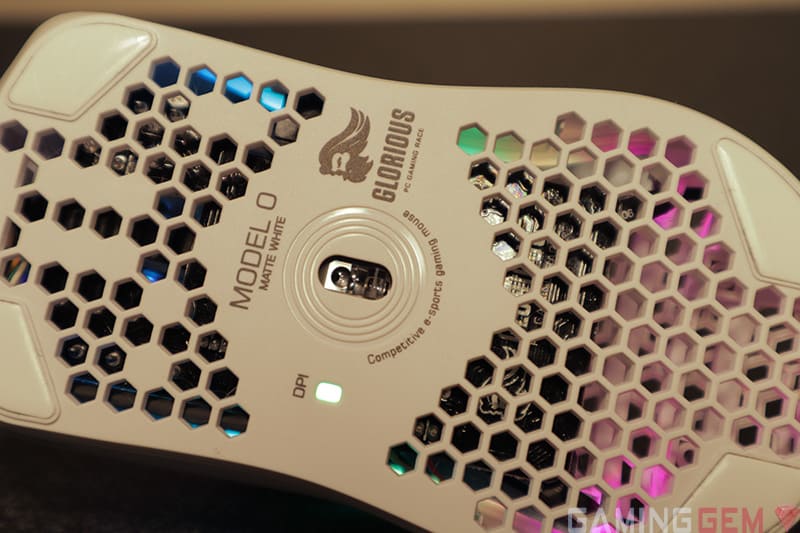 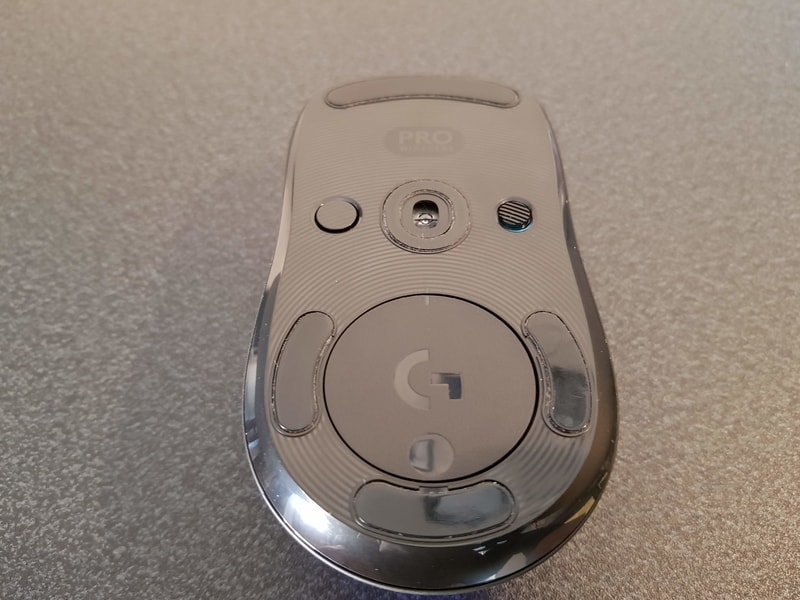 I am starting to say this in a lot of my reviews but sensors nowadays are almost identical. Yes they all have different names but if you stick to the top end sensors such as the PMW3360/3366 etc or Logitech’s HERO sensor then you won’t be able to tell the difference.

Coincidentally that is exactly the sensors that these two mice use. The HERO sensor inside the G Pro Wireless is fantastic and some say its the ‘best’ optical sensor you can get right now. Personally I think its hard to compare the HERO and PMW3360 that is inside the Model O since they are very comparable.

Either way, don’t worry about the sensor between these two mice, you will be getting the very best with whichever one you choose.

Finding The Shape That Suits You

Before the G Pro Wireless came out it was nicknamed the Logitech FK because it is a similar shape to the Zowie FK series. The FK is a highly rated ambidextrous mouse which became popular through many CS pros. Therefore it makes sense that Logitech took some initiative and made a better version and wireless.

The Model O however, could be argued to be even closer to the FK in terms of shape. The main difference to look out for is that the G Pro wireless has a higher and more rounded hump.

This is why it can be used by palm grip players more than the Model O. In addition, the back of the mouse is much more curved on the G Pro Wireless compared to the Model O which is flatter.

The flatter back makes the Model O the perfect fingertip and claw grip mouse thanks to it not hitting the palm of your hand when you move it forwards and backwards.

In terms of sizing its worth comparing using the table above. However, the G Pro Wireless is slightly taller (40mm vs 37.5mm) but shorter (125mm vs 128mm). Again this is why its more suited towards palm grip players than the Model O.

If you are unsure whether your hands will fit either of these mice, I recommend you check out both my reviews on the YouTube where you can see me doing each grip type with my hand against the mouse. My hands are 17.5cm x 9cm (if you include thumb) so this should help you in deciding whether your hand will fit.

For the G Pro Wireless, I recommend hands no larger than 18-18.5cm for palm grip players or 22cm for claw grip players. As for fingertip players you can get off with larger hands due to the nature of the grip type.

As for the Model O since it is longer I’d recommend it for hands no larger than 19-19.5cm for palm grip players or 22/23cm for claw grip players.

Lastly, the Model O- is very small so you are going to struggle to palm grip it, unless you have hands no larger that around 16cm. As for claw grip you will be looking at around 17-18cm and fingertip 21cm or thereabouts. 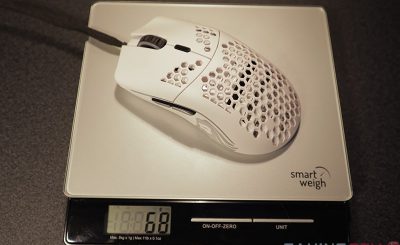 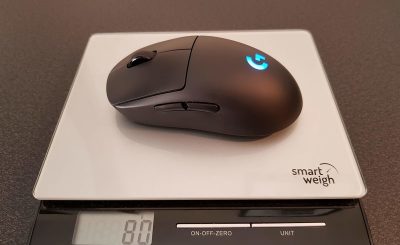 Weight is also something you need to be worried about. It is more preference than anything else but these mice are two of the lightest on the market for their specification range. The G Pro Wireless is the lightest wireless mouse coming in at 80g.

What works for you will depend on whether you prefer lighter or heavier mice. Just because its lighter though, doesn’t mean its better.

The Model O’s grips feel easier to keep a hold of especially with sweaty hands however both of these mice can benefit from skins to improve grip.

Finally, each mouse is considered ‘ambidextrous’ in terms of shape but only the G Pro Wireless is truly ambidextrous since it has buttons on both sides so for all you lefties out there it should be an easy pick.

Who Has The Better Buttons? 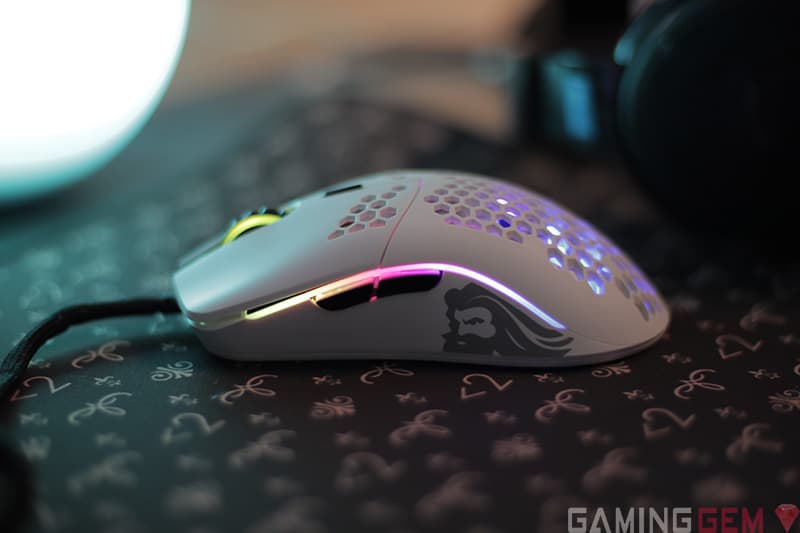 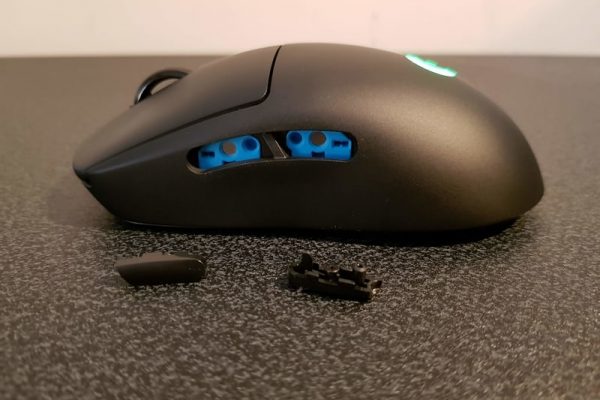 Logitech mice have the best buttons in the business. The mouse 1 and mouse 2 feel extremely tactile and crisp and I haven’t come across any mouse so far that comes close. However, that’s not to say the Model O’s buttons are bad, far from it.

The Model O’s side buttons feel similar to the Zowie FK series and like the G Pro Wireless they have minimal pre-travel, are not mushy and are frankly a steal at $50.

I am starting to sound like a broken record but Logitech are also ahead of the game when it comes to scroll wheels. They always feel more durable, solid and crisp compared to all other mice on the market. Each step on the wheel is defined and the scroll wheel click isn’t too heavy or too light.

Glorious however are not far behind. The steps are more defined than the G Pro Wireless and the wheel itself has deeper ridges on it. The scroll wheel click requires more force on the Model O compared to the G Pro Wireless.

It may sound like the G Pro Wireless dominated the Model O in this category but remember the difference in price. You should expect to have better buttons on a mouse that costs more than twice the price. And for the price, the Model O has some of the best clicks around so it comes down to your budget. 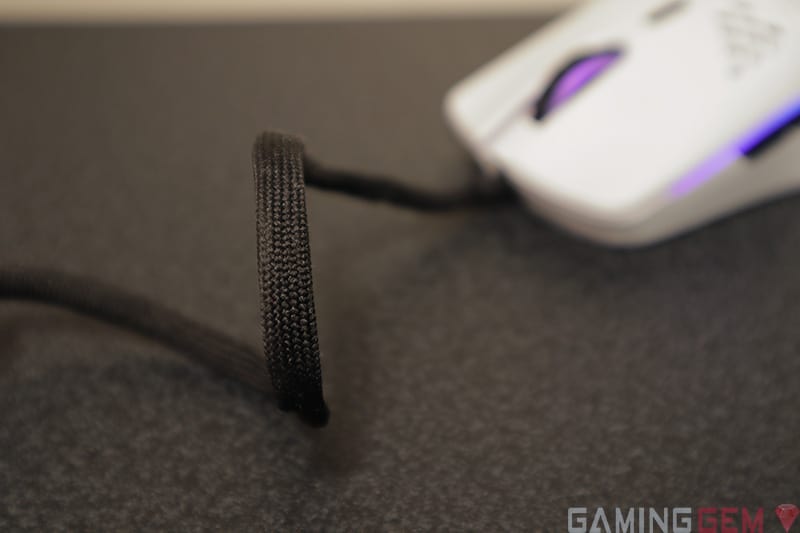 Obviously the clue is in the name but the G Pro Wireless is well… wireless and the Model O is wired. If you have any worries around wireless mice then you needn’t worry any longer. Wireless mice have come a long way in recent years and there is no noticeable latency in the months I have been using and testing the G Pro Wireless.

There is a reason many professional Overwatch, CSGO and Fortnite players have picked up the G Pro Wireless in the past year. It is lightweight, responsive and nearly perfect.

This is where a lot of the price tag comes from with the G Pro Wireless because you are getting a lightweight wireless mouse with a battery life of up to 48hours with RGB lighting or 60 hours without. It also charges to 100% in only a couple of hours.

Basically what I’m saying is wireless mice are now very much in the game and you should consider trying one.

However, you may still prefer wired mice and luckily, the Model O has one of if not the best stock paracord cables. A lot of mice are starting to come with paracords as standard which are effectively more lightweight and flexible compared to the usual rubber cables that you might be familiar with.

I will refer you to my YouTube review of the Model O where I show the cable in a bit more detail but once you put this thing in a bungee I’m telling you it feels wireless.

Which Mouse Feet Glide The Best? 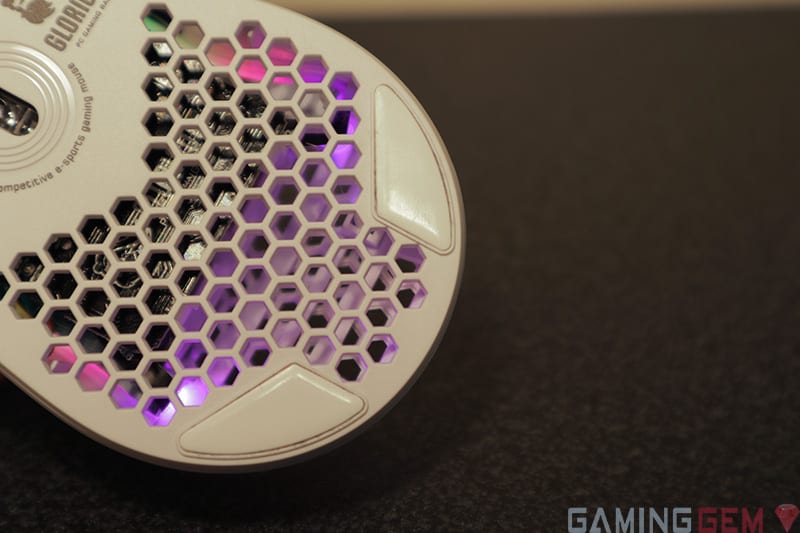 Glorious have designed their own mice feet which they call ‘G-Skates’. These are PTFE feet and glide really nice over any pad. They are better than the G Pro Wireless’ standard feet which are still solid stock feet but don’t glide as smoothly.

However, it is recommended to invest in hyperglides anyway, particularly for the G Pro Wireless.

Both Glorious and Logitech have two of the best software packages. Each does exactly what you want and no more, there is no BS and no fluff.

You can configure the mouse settings easily within each including the DPI values, the RGB modes or colours and more. It is unlikely you will base your choice off of software but rest assured you will be covered either way with both these mice.

So which is better between the G Pro Wireless and Model O? They are both better in their own ways. The fact that a $50 dollar mouse can be compared to a $130 dollar mouse says a lot about GloriousPCGamingRace’s first entry into the gaming mice scene.

At the time of writing this article, the Model O is currently ranked number 1 on my list of the best claw grip mice with the G Pro Wireless coming in just behind. It isn’t that the Model O is necessarily better, in fact, it’s not, but due to its price, it is unbeatable in value.

But if you are on a budget then you can grab yourself a Model O for less than half the price and likely find just as much success with it.  Check prices here