The Razer Viper Ultimate & Logitech G Pro Wireless are the two titans of wireless gaming mice. They sit at the top-end in terms of performance and price. But how do you pick between them and which is better?

In this Razer Viper Ultimate vs G Pro Wireless comparison, I am going to walk you through the pros and cons of each to help you decide which is best for you.

This is the number one wireless mouse available it is that simple. Amazing clicks, side buttons, shape & mouse feet.
Check Prices
Best Overall

Very close second to the Razer Viper Ultimate. It is slightly better for palm grip players and arguably has better clicks.
Check Prices
Best For Palm 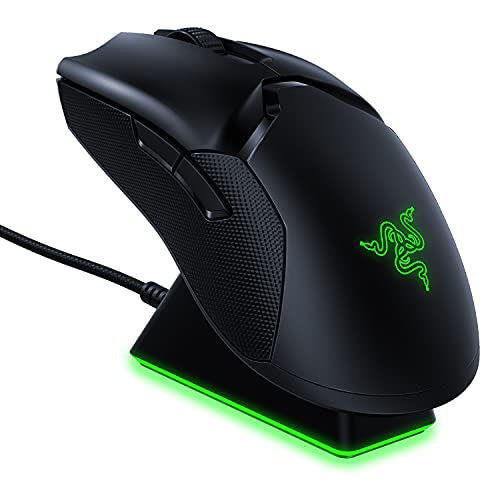 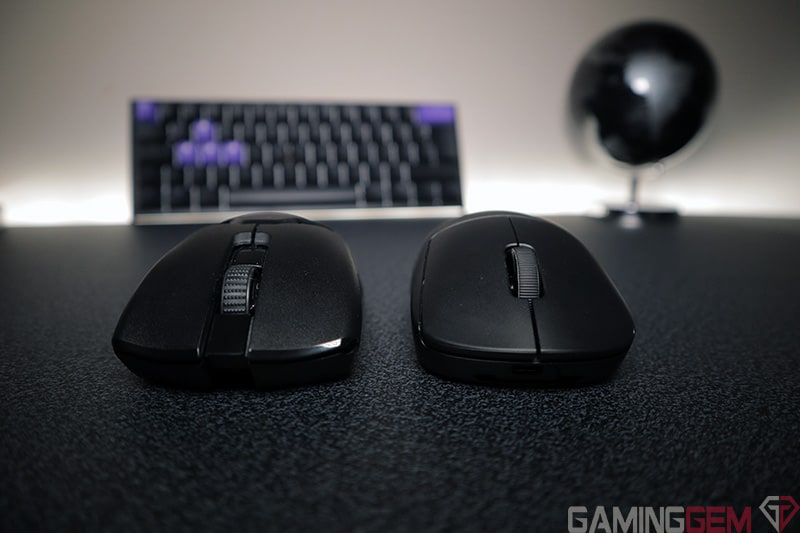 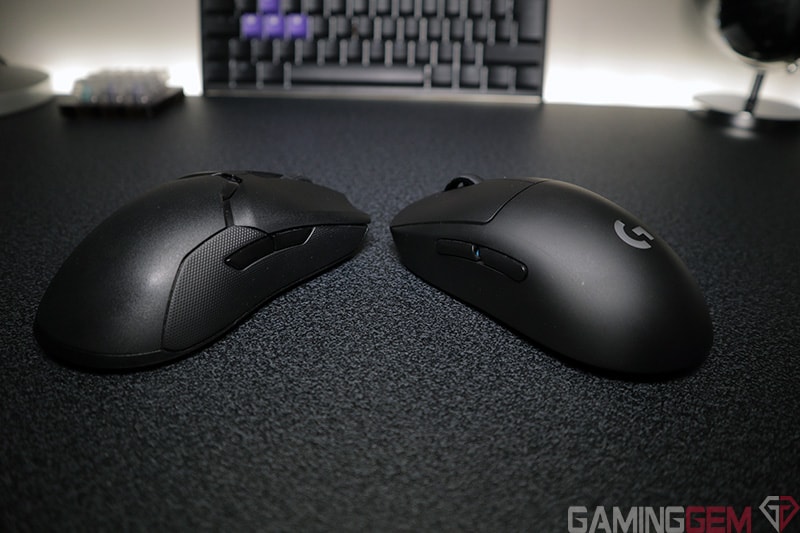 Deciding between these two mice can be made easier if you focus on a few key things. First, you need to figure out what kind of mouse grip you use. If you aren’t sure then head over to my mouse grip guide to help you.

The reason for this is because of the shape and size of these mice. The Viper Ultimate has a lower profile hump and is lighter which suits fingertip and claw better. The G Pro Wireless has a higher hump and is slightly heavier which is better for palm grip players.

Let’s dive a little deeper into each part of the mouse. 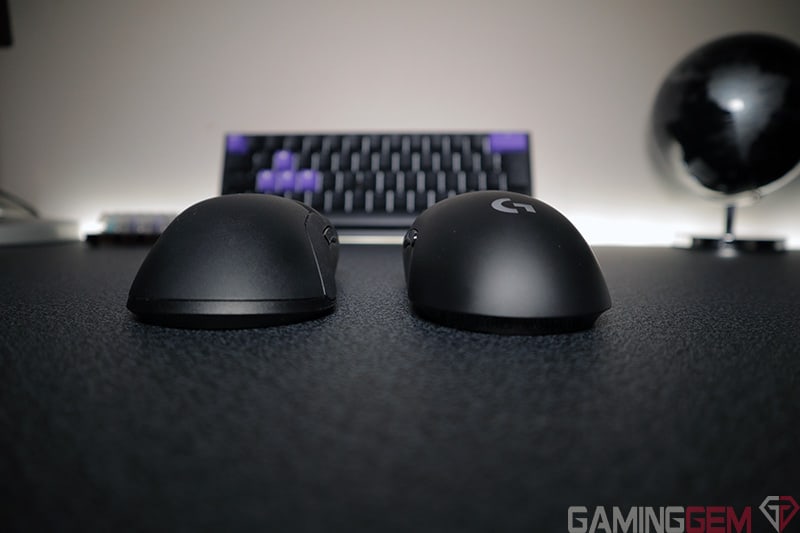 The shape is the most important part of any mouse. Gaming mice sensors are all great these days and there is a lot of marketing jargon out there to try and catch you out.  For example, stating that ‘mouse A is better than mouse B because of DPI or a host of other specs. My biggest tip is to try to ensure the shape is something similar to what you have used in the past providing you liked that shape.

The shape of your mouse is very personal, it is not a ‘one size fits all’ so try to get a feel for different shapes to see what you like most.

As stated above, the Razer Viper Ultimate has a lower hump and is lighter so keep that in mind when picking between these two.

The other main difference between these two is the side grips. The Logitech G Pro Wireless has very straight sides that some people may find uncomfortable. The Viper Ultimate has very small curves on the side grips which are more comfortable.

The weight of the Viper Ultimate is 74g compared to the G Pro Wireless’ 80g. 6g may not seem like a lot but if you switch between these two you can notice the difference. This is more of a personal preference thing and it isn’t going to have major impacts on your aim.

Which Has The Best Sensor?

Razer & Logitech have both designed their own sensors, the Viper Ultimate uses the Focus+ & the G Pro Wireless uses the HERO. I have tested both these mice for well over 100 hours of playtime each and the sensors are both flawless.

You won’t see any noticeable difference between these two sensors so don’t pick one based on the sensor alone regardless of what Logitech or Razer say on their sales pages!

Who Has The Better Buttons? 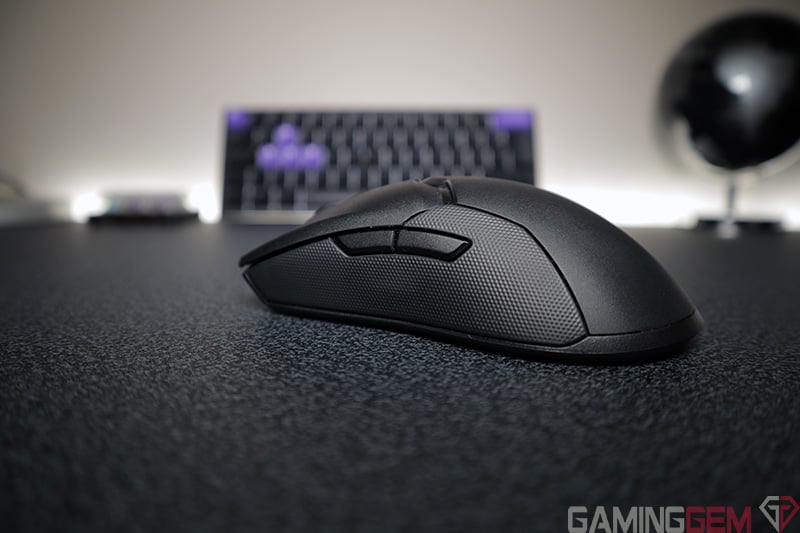 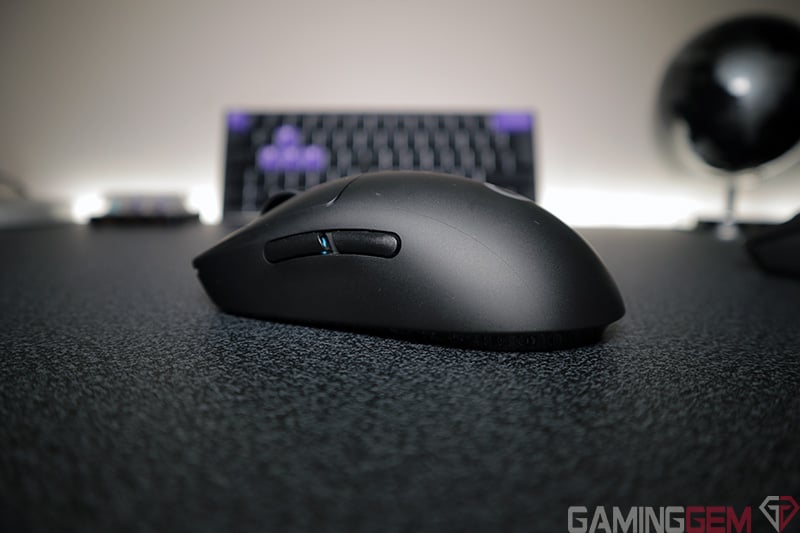 Logitech is known for their primary mouse clicks being the best. The Viper Ultimate is very close but the G Pro Wireless just beats it in terms of crispness & overall feel. Razer has created their own switches for the buttons which do feel great. But Logitech is still the king of clicks overall.

As for the side buttons, they are very evenly matched. The Viper’s buttons are slightly harder to press since they don’t stick out of the mouse shell as much as the G Pro Wireless.  The G Pro Wireless’ side buttons are also modular allowing you to take them out which offers some added customisation.  You can replace the buttons with plastic covers.

The clicks themselves feel very similar and I don’t think there is a significant difference that would make you prefer one over the other. The primary thing to be aware of is how much the buttons stick out on the G Pro Wireless.

The scroll wheel on each of these mice are fantastic and they are both better in different aspects. The Viper scroll wheel has a better grip because of the small dimples across it. It is also much easier to press in so if you use your scroll wheel click for a keybind regularly the Viper would be better.

The G Pro Wireless’ scroll wheel is smoother and lighter to scroll but the scroll wheel click is very heavy which some might find tiresome after consistent use.

To help you in your choice I have taken some pictures of my hand while gripping each mouse in the typical palm grip, claw grip and fingertip grip positions.  For reference, my hands are 17.5cm x 9cm long which will give you an idea of how your own hands will measure up against each of these mice.

Both of these mice are the same length so it is hard to see a huge difference here.  The biggest thing is the added the support the G Pro Wireless offers for palm grip players due to the higher hump.

The low profile nature of the Razer Viper Ultimate means the hump doesn’t get in the way for claw or fingertip players.

Both of these mice perform flawlessly which is why they are so highly regarded and both featured on my top gaming mice lists. The battery life of the Razer Viper Ultimate is supposed to last for up to 70 hours. The G Pro Wireless is rated at 60 hours without RGB and 48 hours with RGB. 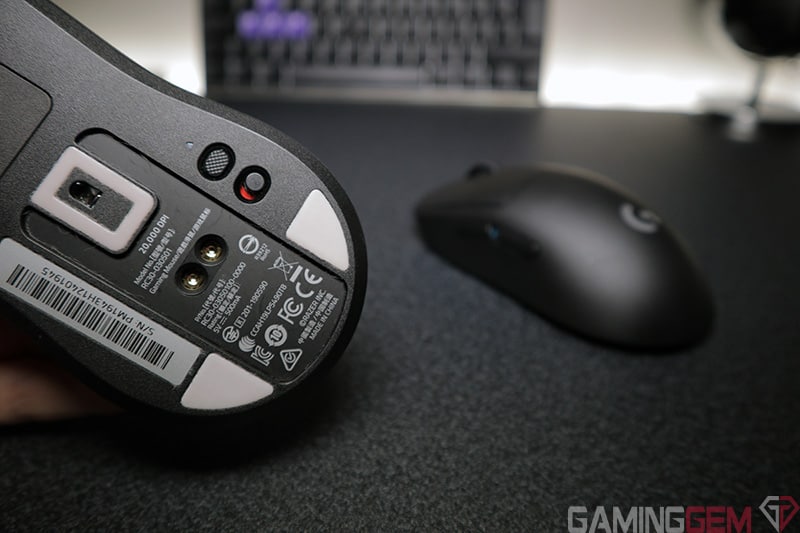 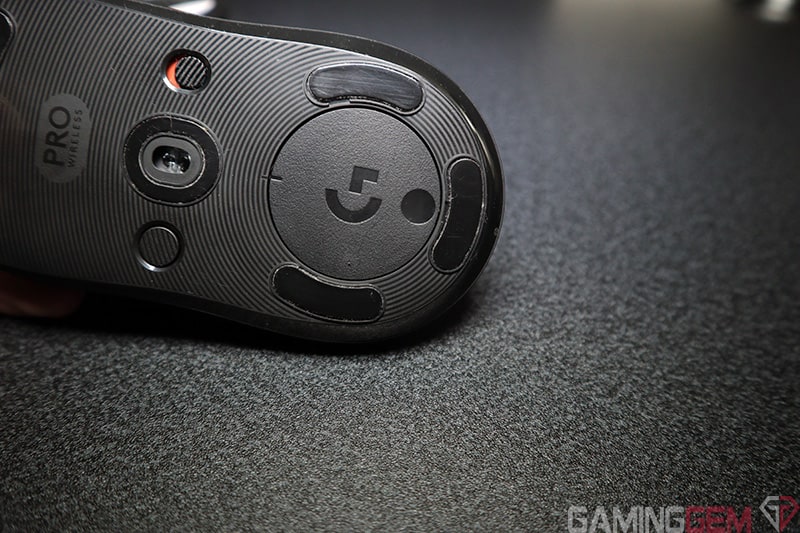 The Razer Viper Ultimate wins easily here thanks to its PTFE feet. They glide significantly nicer than the stock G Pro Wireless feet and last longer too.

Overall the Razer Viper Ultimate is the better mouse as it is lighter, has a better shape and the mouse feet are significantly better. 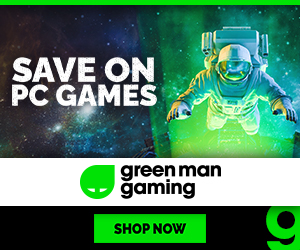